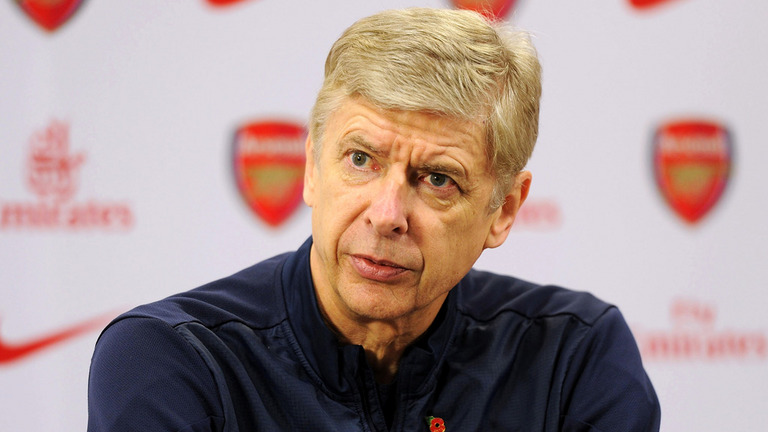 Arsenal manager Arsene Wenger has warned his team that they need to toughen up if they are to have any chance of winning the Premier League title.

The Gunners travel to Selhurst Park today to face Crystal Palace fresh of last weekend opening day shock loss to West Ham., with Wenger saying his team must learn to develop a mean streak in order to win saying: “Sometimes, we are maybe too nice.

“If you want to say our aggression level last Sunday was not high enough, then I would agree with you.”

Arsenal has not lost to Crystal Palace in the last 11 times the two teams have met, but Gunners boss Wenger knows he is in for a tough match against one of the best counter attacking teams in the Premiership.

The Frenchman said: “Pardew has done a good job at Palace. They will give absolutely all they have against us.

“But we always expect that from our opponents. That should not be a surprise for us. We just need to be at our best and produce a different performance to the one we put in on Sunday.”

After having time to reflect on the loss against West Ham, Wenger said: “Maybe the West Ham result was linked with the fact we were just too confident, that we thought we would win the game anyway.

“Yet we prepared as we always do and we were focused.

“You have to accept you can win, lose or draw every game. I know it sounds silly to say but it’s like this.

“What can I do about the outside reaction to one defeat? The world has gone like that. I cannot change or master the reaction.

“Losing is never a blessing, it always hurts. We have analysed what happened but we don’t have to go overboard and it shouldn’t take away our belief in our potential.

“But it does make the Palace game all the more important, of course. As always, it’s about how you respond.”