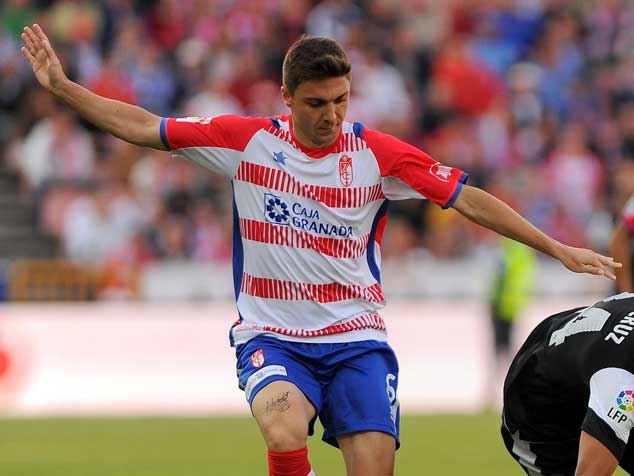 Arsenal manager Arsene Wenger is according to the Mirror considering signing Brazilian left-back Guilherme Siqueira who has been impressive this season for Benfica while on loan from Spanish La Liga side Granada.

Last summer it appeared as if the 27-year-old was bound for Anfield after the attack minded defender looked the perfect candidate to be a challenger to Jose Enrique’s place in the Liverpool team.

In the end the deal fell through with Liverpool deciding on signing Aly Cissoko on loan from Valencia.

Reds boss Brendan Rodgers has already said that Liverpool will not be looking to make the Frenchman’s loan deal permanent  so could switch his sights back to Siqueira who had before going on loan to Benfica scored 17 goals in 70 matches since moving to Granada from Udinese.

At £5 million he is a player that both Wenger and Rodgers will be considering this summer as a good squad player for their clubs.