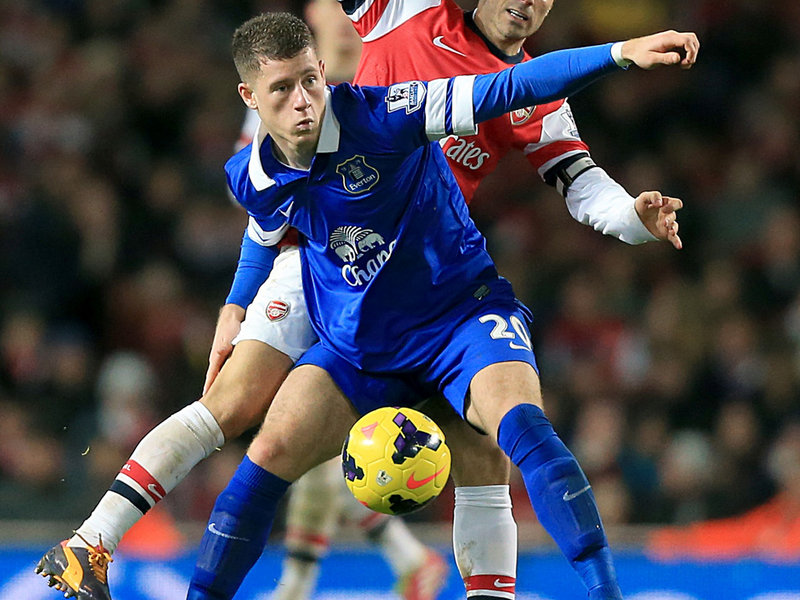 Arsenal manager Arsene Wenger thinks that Arsenal will line up against one of this season’s best player in Ross Barkley when the Gunners face Everton at Goodison Park on Sunday.

Arsenal has faltered in the premiership title challenge in recent weeks and knows that a win over Everton would almost guarantee them a fourth place finish and Champions League football next season.

The danger man Wenger fears is Everton’s Ross Barkley who despite a slight injury should be available for Sundays match.

“He has a made a big step forward,” Wenger told Sky Sports. “From a young hope, he has suddenly convinced everybody he has a huge potential and talent and can have huge impact in big games.

“He has a combination of technical qualities and power, which are very difficult to combine in midfield, and what is demanded from a modern midfielder.

“For me, he has had a big impact this season. He is one of the best I have seen.”

The last time the two sides met was in the FA Cup at the Emirates in which Arsenal won 4-1 with Wenger now looking forward to next weekend’s semi-final against Wigan at Wembley, but he is not prepared to put the Cup over the Gunners title run-in saying:

“You cannot ask me if I want to give up the FA Cup, to be in the top four,” he said. “There’s no need to choose.

“We have the opportunity to do both, and we have to take that as a challenge.”