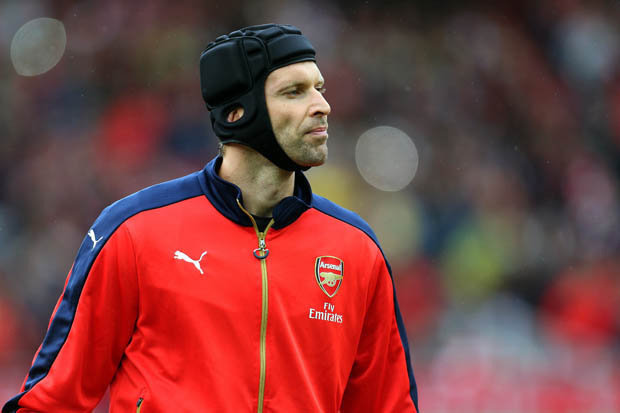 Ahead of Sunday afternoons Community Shield clash between Arsenal and Chelsea, Gunners boss Arsene Wenger knowing that the Portuguese manager did not want to allow goalkeeper Petr Cech to join Arsenal is taunting the Blues boss saying that Cech’s best years are still to come.

The Arsenal boss said: “From his experience he will improve still. He’s at the stage of his career, 33 to 37, where a goalkeeper can be at his peak. He has the desire.”

Wenger thinks that Cech can be another Edwin Van der Sar after having watched the Dutchman play well into his 30’s for Manchester United.

And Wenger added: “His move is a bit like van der Sar at that age. He went from Fulham to Man United and still had five or six years in him at Man United.

“So I don’t see why he (Cech) should not have a few years, he is very serious, trains well, and has no big problem.”

Chelsea’s decision to allow Cech to move to Arsenal left Mourinho frustrated, with Blues owner Roman Abramovich keeping a promise to let his long serving goalkeeper join the club of his choice.

It took Wenger 11 year to finally land the man he wanted, but is now sure that the long wait will pay off.

He said: “Before he went to Chelsea we were interested as the guy who brought him to Chelsea is a good friend of mine.

“One of the guys was the agent and he told me there was an exceptional keeper at Rennes. But I think Chelsea were a bit quicker than us.

“He was very young when he went to Rennes. One of my assistants, Boro Primorac, his son was a player in Rennes and he said they had a very good goalkeeper. So we knew.

“He has a good combination between quality, agility, size, he looked like he was built for English football. He is a very bright goalkeeper as well.

“He has an intimidating presence, that is for sure. He makes the goals look small. That’s the kind of charisma he has. He is a big size.”