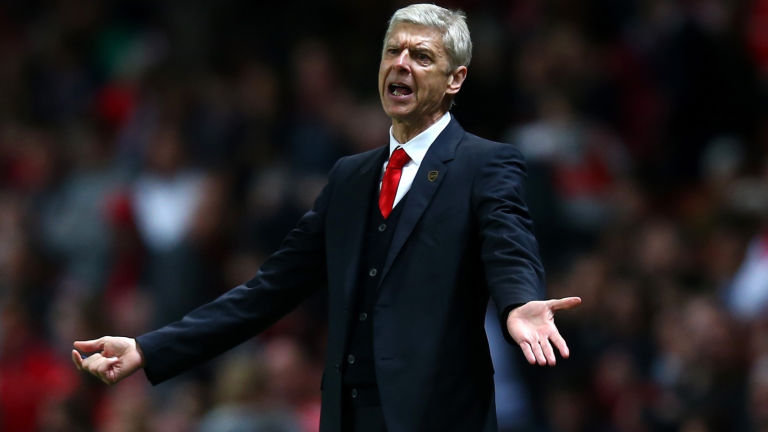 The Gunners travel to Old Trafford tomorrow sitting third in the table and are determined to stay there in order to avoid a Champions League playoff which awaits the team who finish the season in fourth.

Despite the 1-0 loss to Swansea Wenger believes his team is now the real-deal and that they will be primed for an assault on the title next season.

He said: “We feel we have made progress, but we have a good opportunity to show that on Sunday because in every game that is questioned.

“That is what is at stake until the end of the season, to show that we can be stronger next year. We made 79 points last year, that was quite a good total, but it was not enough to finish in the top three.

Wenger also highlighted the progress Louis van Gaal has made with Manchester United at the start of the season, and with the Red Devils boss ready to splash the cash in the summer Wenger feels they could be a force to be reckoned with.

“They have made progress since the start of the season, and will show that next season,” the Frenchman added.

“It looks like they have improved quality-wise from the start to now.”