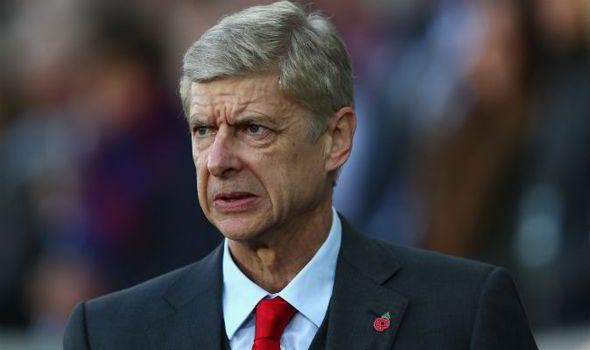 Former Liverpool defender and now Sky Sports pundit Jamie Carragher thinks that it is Arsenal manager Arsene Wenger who is holding the Gunners back from becoming one of the top teams in Europe due to his desire to always find value in the transfer market.

Chelsea were crowned Premier League champions on Sunday, with a massive 16-point lead over Arsenal leading Carragher to say that for Arsenal to have any chance of winning the title next season they will have to spend big this summer.

“Rather than what Mourinho did, he got Costa, he got Fabregas. Maybe at other clubs managers feel that pressure a bit more, but Wenger has been at the club for that long he knows he’s safe in the job.

“If he can’t find a certain type of goalkeeper for a specific price, or maybe a centre back or central midfielder, I don’t think he’ll get them, whereas other clubs will say “you know what, I’m going to pay the extra, I’m going to get them no matter what.”

“He spends the money like its his own, that’s the way he runs the club, you can admire that in some sense.

“But I think maybe that sometimes holds them back.”