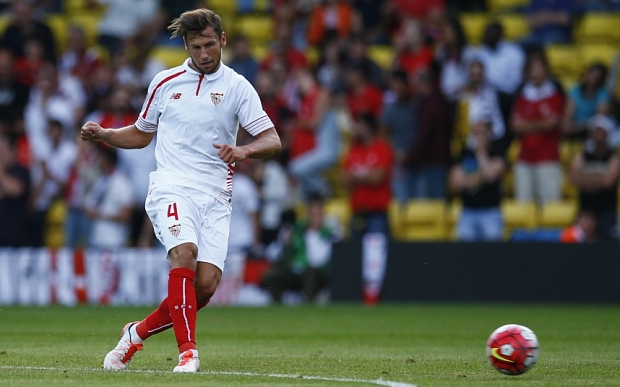 Gunners boss Arsene Wenger has confirmed that the club has no interest in signing Sevilla defensive midfielder Grzegorz Krychowiak this summer, amid talk that the Polish international suffered a broken rib during this week’s Super Cup loss to Barcelona.

You can hear what Wenger had to say about the transfer by clicking the link below.

When asked directly if he was interested in signing Krychowiak, a reported target for the Gunners, Wenger responded: “No.”