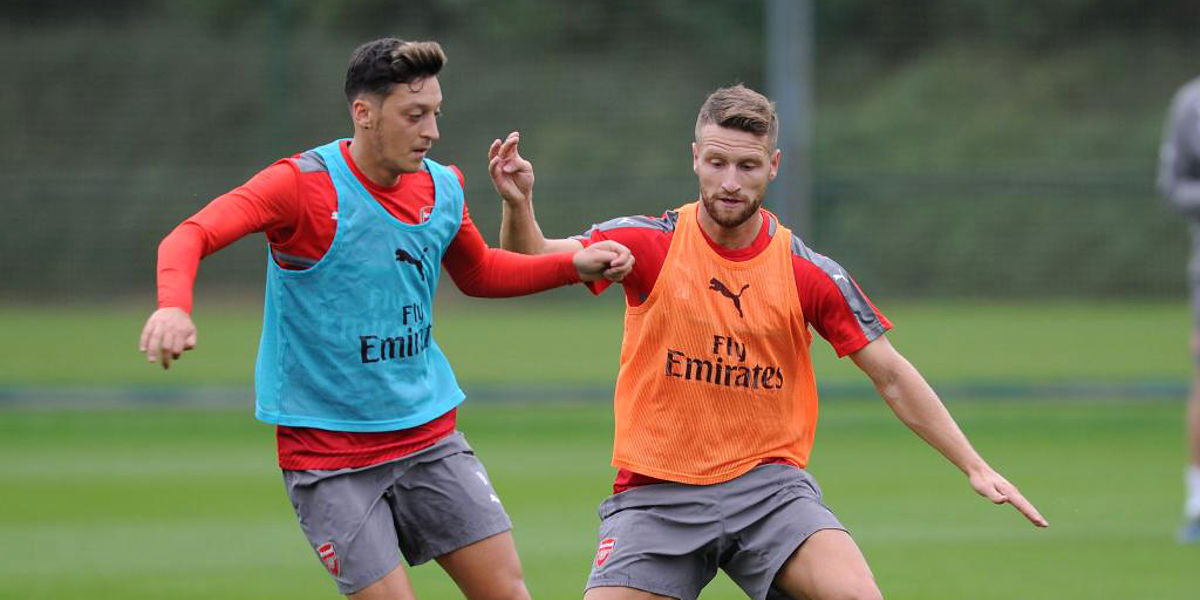 Arsenal will be a slightly changed team as they host Southampton on Saturday afternoon. For one, Shkodran Mustafi, the new defensive signing, will join the starting lineup at the expense of Rob Holding. Arsene Wenger usually starts Alexis Sanchez after an international game, though he may not use the Chilean winger for more than an hour here, especially if the result will be favorable.

Lucas Perez, the unproven new signing from Deportivo La Coruna, won’t necessarily be a striker, Wenger revealed. It’s quite possible Perez was signed for his all-round qualities and flexibility, which means he might just be employed as a winger while Olivier Giroud is still the number one forward. “(Lucas Perez) can score goals and can also provide a good number of assists. With the way I like to play, that’s an interesting quality.”, Wenger said of his new signing. Perez could see some playing time here, possibly replacing aforementioned Alexis. Olivier Giroud is in line for his first start of the season.

Southampton goalkeeper Fraser Forster is available despite withdrawing from England duty with an arm injury. Left-back Ryan Bertrand could make his comeback from a knee problem, but Jeremy Pied remains sidelined. Sofiane Boufal, who joined Saints for a club-record fee recently, may have to wait up to a month for his debut as he regains fitness following a long-term knee injury.

“Boufal has a little injury for the moment. He works very well every day and now it’s important he [puts in] good work, has a strong knee and when he comes back with us he can play with a good level.” Claude Puel said of Saints’ record signing Soufiane Boufal’s fitness. “I think one month more to have a good level.”

Despite playing away, Puel will almost certainly use his 4-3-1-2 formation again as it gives him a chance of scoring, at least on paper, as he has two forwards in front of playmaker Dušan Tadić. However, Charlie Austin might be replaced by Shane Long as he has shown almost nothing.

Click here to see all betting markets and odds on OddsNavigator.com.