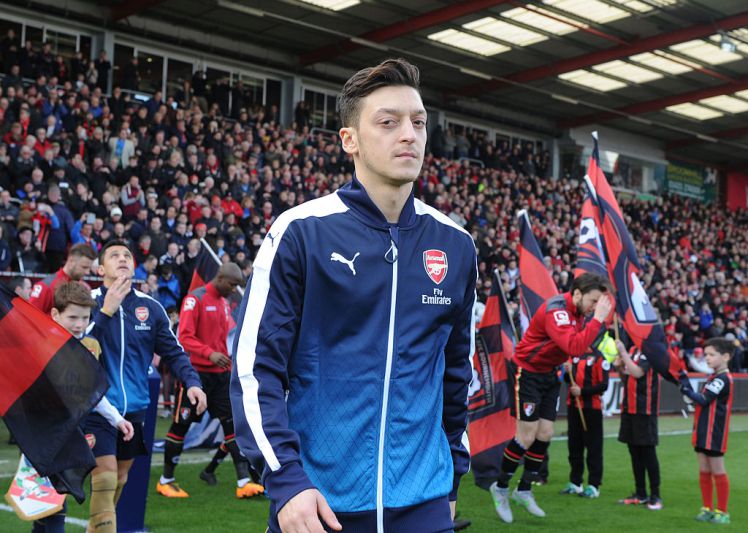 It will come as no surprise to Gooners when they learn that Arsenal manager Arsene Wenger has balked at the price Schalke are asking for 20-year-old attacking midfielder Leroy Sane.

The Bundesliga side realize that Sane will probably leave the Veltins-Arena next summer following all the interest from top European clubs, so aim to make hay while the sun shines by slapping a £40 million price tag on their star player.

This is too rich a price for Wenger, with the Frenchman once more treating Arsenal’s overflowing cash reserves as though it was his own money.

So with the Gunners now effectively out of the race it leaves Barcelona, Manchester United and Manchester City to battle it out for the Germans signature.

In other Arsenal news reports coming out of both Spain (Marca) and Germany (Bild) suggest that Catalan giants Barcelona are preparing to open talks with the Premier Leagues assist king in the coming days.

The 27-year-old German is enjoying the best form of his life at the Emirates, and it has not gone unnoticed by Barcelona who are said to be keen on bringing the former Real Madrid playmaker back to Spain.

And it is not just Barcelona that the Gunners have to worry about, with a leaked document suggesting that Real Madrid have a buy-back clause that will be triggered if Arsenal sells Ozil to another club in Spain, with the clause giving them 48 hours to decide whether or not to match the offer in question.