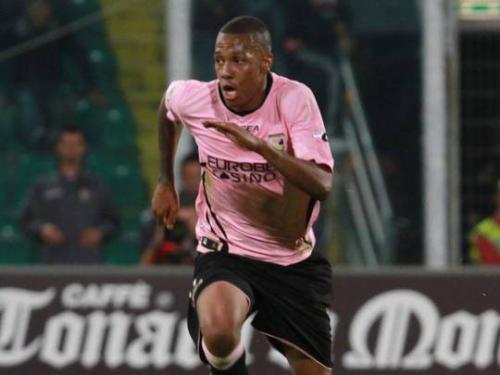 Reports are suggesting that Arsene Wenger is lining up a deal for Palermo’s Uruguayan international Abel Hernandez.

The 23-year-old has been looking for a way to leave Palermo after the club was relegated from Italy’s Serie A last season.

Roma were said to have been after the versatile striker all summer, with Palermo steadfast in their determination to keep the player who signed for them in 2009 along with his more famous Uruguayan teammate Edinson Cavani.

Gunners boss Wenger is desperate to sign a striker today, knowing that German international Lukas Podolski will be out injured for eight weeks.

Along with Hernandez the Daily Telegraph is reporting that the Frenchman could also make a move for Chelsea’s out of favour Senegalese striker Demba Ba, who Newcastle United are also considering.