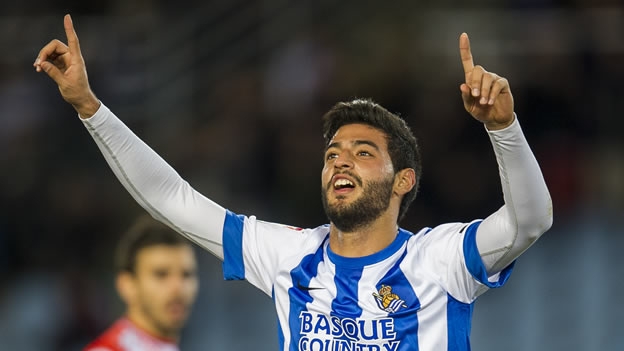 The now 25-year-old signed for the La Liga club back in 2012 after having spent a successful loan period at the club, but Arsenal manager Arsene Wenger had a buy back clause inserted into the Mexicans contract allowing Arsenal to buy him back during any transfer window for just £3 million.

This season Vela has scored 20 goals with 13 assists for Real Sociedad a good enough display to get Arsenal to sit up and notice, with reports in the Spanish press, and covered by METRO saying that Wenger has activated the clause to bring Vela back to north London, a move Vela himself is also happy about as he sees it as a step up in his playing career.

As for Arsenal it is a great move, as should Vela not work out they will still be able to sell him on at a huge profit.