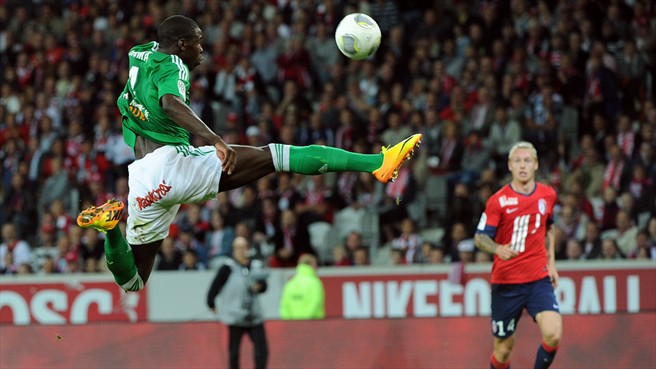 Gunners boss Arsene Wenger is ready to get into a bidding war with Jose Mourinho over Saint Etienne and France Under-21 defender Kurt Zouma, and is determined to sign him in January.

After having received strong recommendations from scout Gilles Grimandi Wenger is eager to beat Chelsea to the signature of one of the highest rated youngsters in Europe, despite the fact he will be ineligible to play until a ban for an over zealous tackle that broke an opponents leg is lifted in February.

Meanwhile Manchester City is watching from the sidelines ready to ruin the London clubs celebrations.

Have a look at the Ligue 1 star in the video below, and you can see what all the fuss is about.