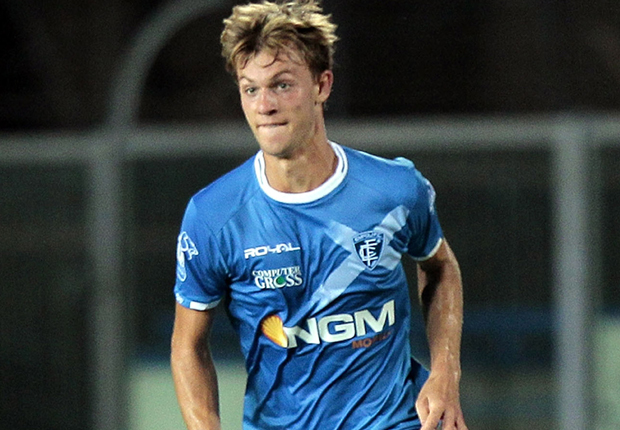 20-year-old Italian central defender Daniele Rugani has caught the attention of manager all across Europe after being given his call up to the Italian national team coach Antonio Conte and has had scouts from Chelsea, Manchester United and Real Madrid attending his matches with Italian Serie A side Empoli.

The Italian U-21 is currently on a season long loan from his parent club Juventus, and with it looking as though he will spend next season also away from the Italian Champions Arsenal manager Arsene Wenger will offer them £10 million to bring the youngster to the Emirates according to Gazzetta dello Sport.

Empoli coach Maurizio Sarri says of his young prospect: “He has a mind more mature than his age. He’s a great professional and this is bringing out all his quality.”

We think this is a great move on Arsenal’s part but with other top clubs also watching developments Arsene Wenger could be in with a fight to sign him.