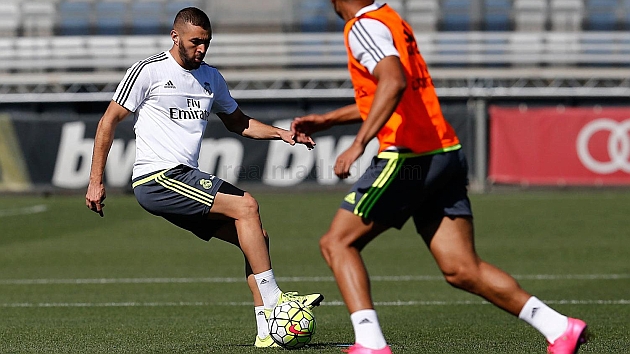 Contrary to reports that Karim Benzema was set to be unveiled as an Arsenal player tonight before the big game with Liverpool, the French international was spotted training with his teammates in Spain.

Italian sports newspaper Gazetta dello Sport claimed the Frenchman would be presented to Arsenal fans ahead of their Monday Night Football clash with Liverpool tonight at the Emirates, and with just under five hours to go until kick off we suppose it is still possible if the 27-year-old striker has a private jet waiting for him at Barajas Airport to make it to north London on time, but we highly doubt it.