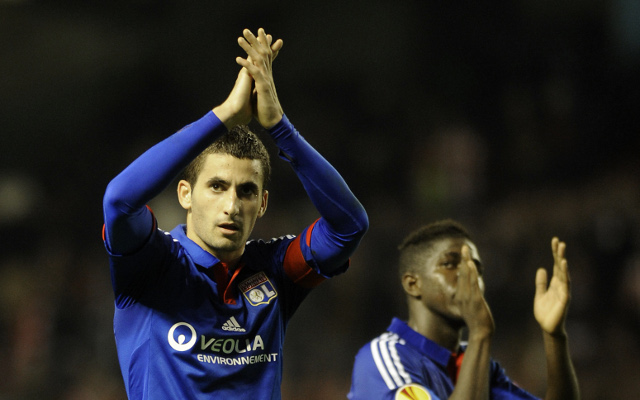 25-year-old Maxime Gonalons has been closely followed by Arsenal for the past two seasons and was thought to be on his way to the Emirates last summer.

When a move did not happen it led to interest from Rafa Benitez’s Napoli in January, but that moved failed to happen also, yet the French international midfielder says he is still open to a Serie A move this summer.

The Lyon player has admitted that it was only club president   Jean-Michel Aulas that kept him in France, but with the club currently under financial pressure he does not rule out a move soon telling TMW:”I never rejected Napoli. In that operation, the final word belonged to Aulas. The door remains open, however – my agent regularly speaks with [Napoli’s sporting director Riccardo] Bigon.”

This news could also reignite Arsenal’s interest in the Lyon captain who would be available for around 14 million euro’s.