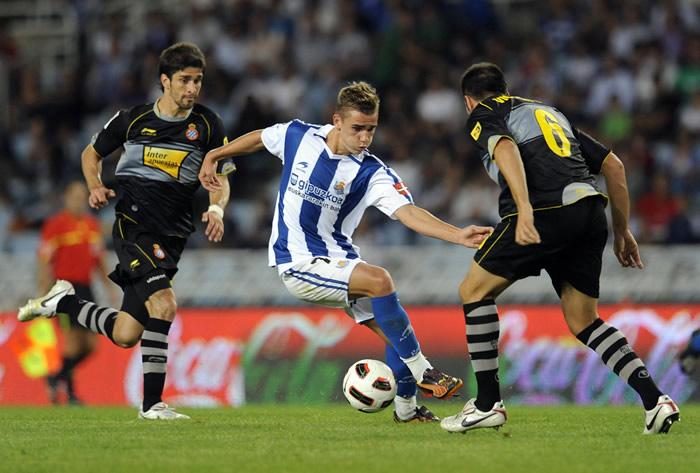 Arsenal summer target Antoine Griezmann has once more denied speculation that he has been in touch with Paris Saint-Germain, but has admitted he will have to consider his future at Real Sociedad during the summer.

The French winger has also gained interest from Manchester United after having scored 20 goals this season in all competitions along with making his senior debut for France in their 2-0 friendly win over Holland last month and is predicted to be one of the stars of this summer’s World Cup.

Speaking to Canal+ the 23-year-old said: “Interest of PSG in me? I do not know anything nor have I had any contact. I want to finish the season well at Real Sociedad and play in Europe next season.

“We always like when big clubs are interested in you, but we’ll see what can happen. I do not have any preferences.”

Griezmann, who still has over two years remaining on his current contract with Real Sociedad, is rated at around £22m.