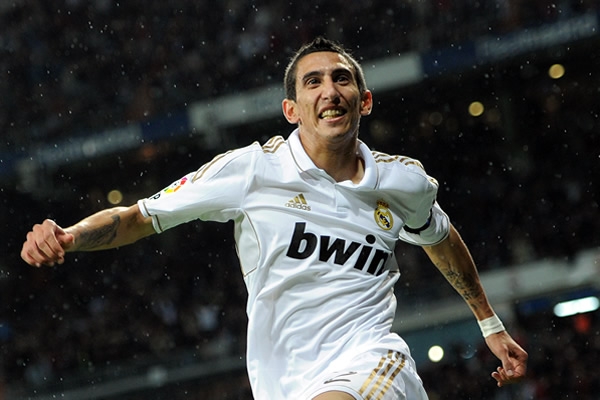 Arsenal is being linked with a number of strikers this January, but Real Madrid forward Angel Di Maria has hit out at rumours suggesting he might be on his way to either Arsenal or Tottenham.

The Argentinean winger had been linked with a move away from the Santiago Bernabéu during the summer following the arrival of Gareth Bale yet he continues to feature in coach Carlo Ancelotti’s plans.

Di Maria has now admitted that he expected his playing time to be reduced, but says he is happy to remain in the Spanish capital.

‘No I have not asked out. My head is at Real Madrid. You [journalists] put that I was going to Tottenham or another club. You know where these reports come out.

‘I’m happy at Real Madrid. I never asked for a renewal. A player who does not play cannot request a renewal.’