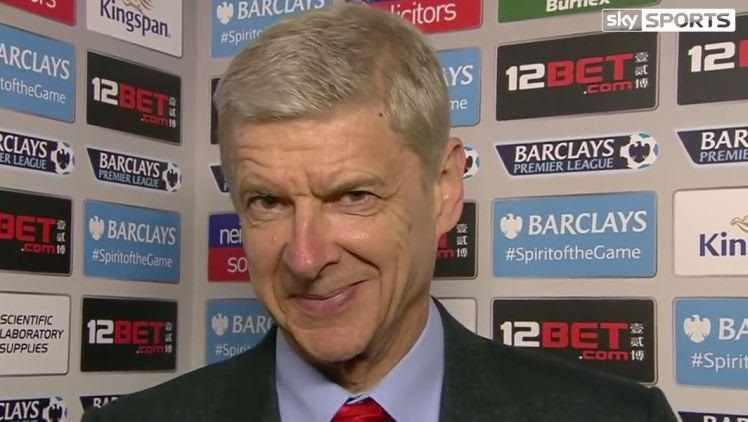 After posting impressive revenue figures last week that show a cash reserve of £135 million, the talk is that Arsenal manager Arsene Wenger will be given £75 million plus what he can raise by sales to invest in new players.

Next season should be the 66-year-old Frenchman’s last season in charge at the Emirates and given the fact he needs to find replacements for Kieran Gibbs, Mathieu Debuchy, Mathieu Flamini, Mikel Arteta and Tomas Rosicky it would appear as though midfield and defence must be the top priority.

According to the Daily Mail Wenger wants to bring in a new centre back, a holding midfielder and a top striker and has instructed the clubs scouts to track the following players.

Borussia Dortmund striker Pierre Emerick Aubameyang is the forward that the Arsenal boss is interested in signing and has been in brilliant form this season lighting up the Bundesliga with 29 goals in 31 games.

Gunners boss Wenger is known to be a huge fan of the Gabonese international, but with a price tag of probably more than £60 million and the fact that the 26-year-old says his heart is set on joining Real Madrid the thought of him coming to London is out of reach. Should the Dortmund star go to the Spanish giants it could of course open up the possibility of long-term target Karim Benzema arriving at the Emirates.

Southampton midfielder Victor Wanyama has for some time been linked with a move to Arsenal, and while no approach was made by the Gunners in January he still remains a possibility as does Borussia Monchengladbach’s Havard Nordtveit, Granit Xhaka and Mahmoud Dahoud.

Southampton meanwhile will be looking to get £20 million plus for the Kenyan international, and with Wenger already baulking at £25 million for Morgan Schneiderlin, we cannot see this deal coming off either.

Watford striker Odion Ighalo has scored an impressive 14 goals during his first season in the Premier League, which has attracted the attention of Chelsea and Atletico Madrid, but with the North-South gap team wanting big money for the Nigerian international, Wenger will look for a more reasonable priced front-man as was the case with both Giroud and Welbeck.

Leicester City’s Ben Chilwell is an exciting prospect to push Hector Bellerin for his place at left-back, but given the Foxes determination to hold onto the youngster and still competition from Chelsea, Tottenham, Liverpool and Manchester City, Arsenal would have to get into a bidding war to secure the 18-year-olds signature.

Everton’s John Stones looks as though he could be one of next summer’s big transfer storeys and while Wenger would love to have him at the Emirates, Chelsea is almost certain to be in the race as well as Spanish giants Real Madrid and Barcelona. Our prediction here at Soccer Transfers is the Jose Mourinho signs the England international for Manchester United. The Red Devils are the club Stones has supported since a boy and the ability to remain in the Northwest would certainly be a big selling point.

Fulham defender Ryan Sessegnon was the subject of interest from Arsenal during the January window, with the Gunners expected to revive their interest in the summer after having watched the youngster impress scouts while playing for the Cottagers U-18 side.

Given the fact Arsenal will be able to sign Sessegnon for around £2 million we see this as being a deal which will sail through.

Not exactly what you would call the best of news being an Arsenal fan, but until Arsene Wenger realizes that he has to pay top money for the best players Arsenal will continue to come up short in the transfer market.