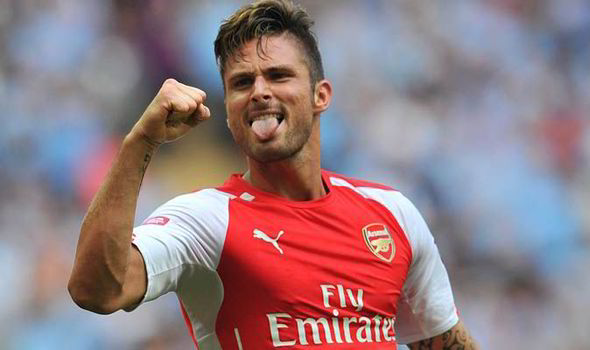 Jamie Redknapp may have upset a few Tottenham fans when he came out and said that he is a huge admirer of Arsenal striker Olivier Giroud.

The former Montpellier front-man has come in for plenty of stick since joining Arsenal in 2012 with many Gooners questioning his all-round ability.

Saying this however the 29-year-old has once again delivered the goals despite having to battle teammate Theo Walcott for the lone striker spot at the club.

This season his six goals have helped send Arsenal joint top of the Premiership, with Redknapp saying he just cannot help liking Giroud.

“I have a lot of respect for Olivier Giroud,” Redknapp wrote in the Daily Mail.

“The Arsenal man has put up with a lot of criticism from his own fans but he always responds.

“He has admitted that he needs to do more this season and he has.

“The battle with Theo Walcott has invigorated him and he is in good form.

“He takes a lot of stick but he’s the kind of player I would have enjoyed playing alongside.”