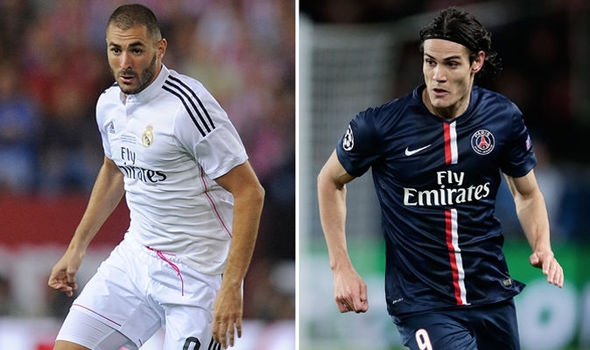 ARSENAL legend Ray Parlour still thinks that the Gunners need to sign a top striker such as Karim Benzema or Edinson Cavani in order to win the Premiership title.

And while Arsenal manager Arsene Wenger is known to be a big fan of Real Madrid striker Karim Benzema he recently revealed that he was not aware of any approach by the Gunners for the French international.

Wenger said: “No, nothing is happening. Honestly no. I don’t know who brings that up. Is it Spanish media or English media? I don’t know.”

Parlour thinks that a Mega signing such as Benzema or Cavani would not only signal Arsenal’s desire to win the Premiership, but also show the fans that the club is now a serious contender.

He told Goal.com: “Benzema would be a great signing for Arsenal. I think fans would be really excited to have him in the squad.

“Cavani has also been mentioned, whether he’s a player who could come in.

“He’s got great experience with the national side and the teams he’s been at so, if they’re available, who knows?

“Something could happen there. Whether we can get them is another matter. We know how hard it is to buy players now.

“I’m sure Arsene Wenger, if those sort of players are on the market and he knows he can get them, maybe they’re the ones he goes for.”