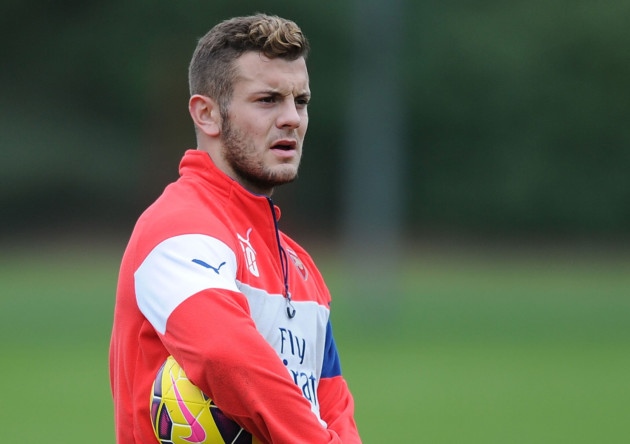 The rumour is that Arsenal midfield star Jack Wilshere’s future is in doubt following the latest setback to what amounts to an amazing 24 injuries.

The England international is set to have an operation tomorrow that will see a metal plate inserted into his left fibula, and yet this latest turn of events in what has been a long run of injuries does not have Arsenal manager Arsene Wenger worried that it could signal the end of the young player’s career at the Emirates.

“It’s still early in the season and he can be back in mid-December when there is still a long way to play,” said Wenger.

“This kind of injury is not a kind that can damage your career.

“It’s a bone that needs a little clip in, nothing major. It’s not a career-threatening injury.

“I think he’s young enough to get over it. And his body will stabilise.

“I’m confident he will and that he can make a career his talent deserves.”

Clun captain Mikel Arteta, no stranger to injury either says it is not all plain sailing as the Gunners boss makes out, and that it will also be a tough mental challenge for Wilshere when he attempts his comeback.

The midfielder said: “Jack has had a lot of set-backs in his career but he has always shown character and enthusiasm to get back.

This latest blow now has Wenger concerned about the clubs Champions League ambitions saying:”We are ambitious, but we are not dreamers.”

“The drive to win it is immense,” Wenger said.

“It has never been done at Arsenal. We were very close (losing to Barcelona in the 2006 final) but I am long enough in the job to know you have to be realistic.”