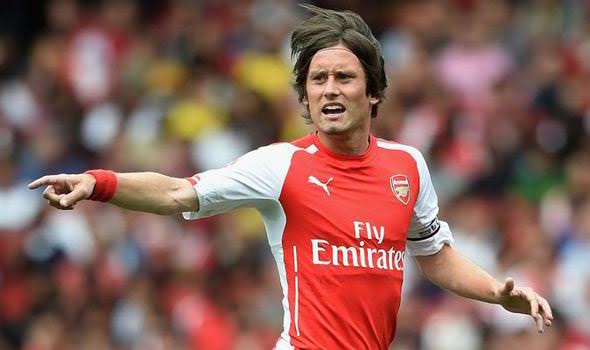 Good news for Gooners after Arsenal manager Arsene Wenger confirmed that long-term injured midfielder Tomas Rosicky will be back in training in three weeks’ time.

The 35-year-old Czech international had been side-lined for eight months following knee surgery back in August and is now set to make his return early in the New Year.

Despite his age, the timing could not be better for manager Arsene Wenger who has both Francis Coquelin and Santi Cazorla out injured until March at the earliest.

This means that Rosicky could get the opportunity to play and show why he deserves to have his contract extended for another year.

‘In three weeks he could be back in full training,’ Wenger told Arsenal’s official website.