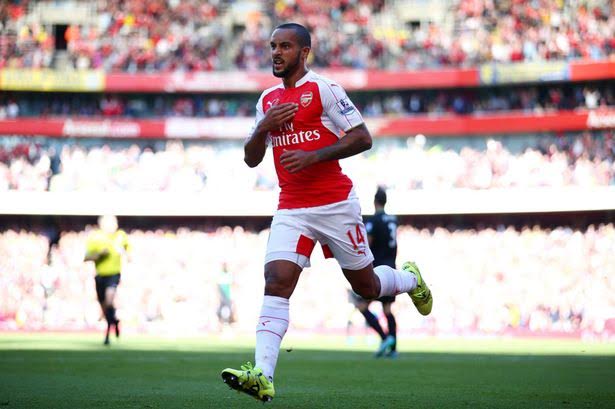 Arsenal forward Theo Walcott has issued a warning to the clubs Premiership rivals, saying that the team has yet to get into gear, but when it does their opponents had better look out.

The start of the season was all negative after Arsene Wenger failed to bring in the top striker everyone was hoping for, and to pour salt on the wound a shocking opening day loss to West Ham just deflated the Gunners balloon even more.

Following last weekend’s 2-0 win over Stoke and the fact that other top clubs have been faltering Arsenal now finds themselves right back in the mix of things with leaders Manchester City firmly in their sights leading Walcott to say: “People may not have seen the best of us yet but we’re keeping clean sheets and creating a lot of chances.

“We’re going to push on and when we hit our peak, people will be more and more worried. We don’t just want to fight for that fourth position. We do need a challenge for the title this time.

“We’re slowly getting to where we want to be.

“It’s the sign of a good team if you’re steady going but still getting the results. No one is going to remember the start of the season. It’s all about how we finish.”