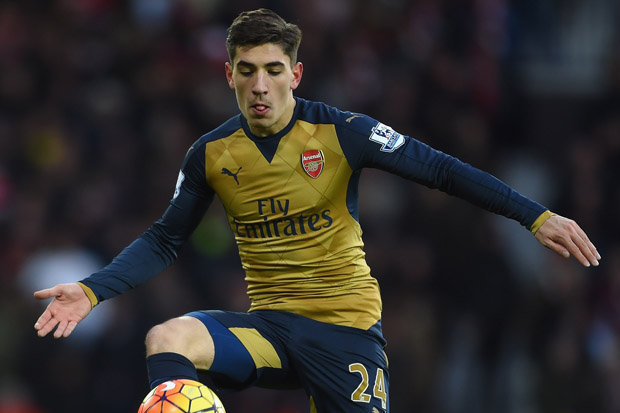 Just about every Arsenal fan, former player and football pundit thinks that Arsenal manager Arsene Wenger must bring in at least two new players during the January transfer window if the Gunners are serious about winning this season’s Premier League title.

The situation at the club was heightened following the loss of Francis Coquelin to knee ligament damage with no true defensive midfielder other than veteran Mikel Arteta available to replace him.

Talking about the current situation Spanish right-back Hector Bellerin said: “There is a lot of quality in the team and I do not think we need any new players.”

“If someone new comes he will be welcomed but I think we have a very strong squad, with good replacements for every position.

“The players just have to think about the coming games and nothing else.”

One name being linked with a January move to the Emirates is Celta Vigo forward Nolito, who Bellerin says he is a fan of.

“It is obvious that he is an exceptional player, with a lot of quality but we, the players, are only thinking about the coming games.

“I think he is a very good player. It is clear. He is doing really well with his team and with the national team but [his signing] is not a thing for the players.”