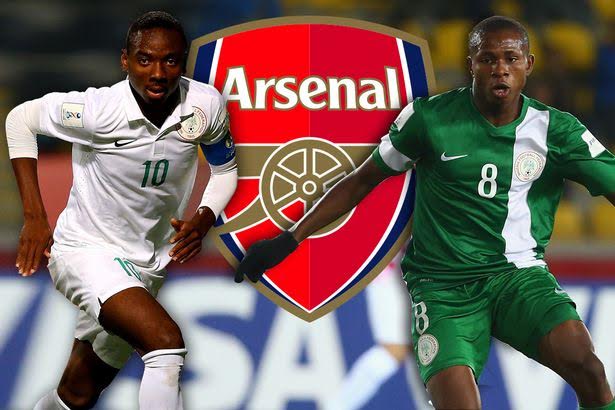 Arsenal manager Arsene Wenger believes that the Gunners have won the race to sign Nigerian stars of the future Kelechi Nwakali and Samuel Chukwueze.

According to the Daily Mirror Arsenal has agreed a combined fee of £3 million with the Umuahia based Diamond Football Academy, with the deal expected to be completed by the end of the month.

Arsenal faced stiff opposition for the pair from Manchester City and Bayern Munich after having watched the pair in action helping Nigeria to win the Under-17 World Cup in Chile back in November.

They have beaten off competition from Manchester City and Bayern Munich to get the pair who won the Under-17 World Cup in Chile in November.

17-year-old Nwakali was the star of the tournament, while 16-year-old Chukwueze finished the competition with three goals and three assists.

This is great news for Arsenal’s future and a big boost for the Gunners academy boss Andries Jonker who was looking to improve the youth set-up at the Emirates.