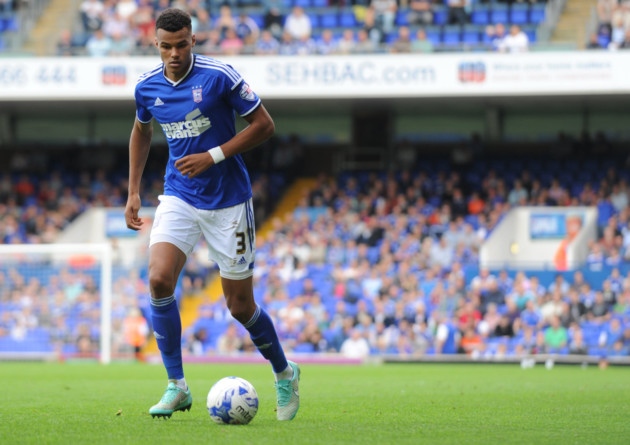 According to reports, Arsene Wenger has sent his chief scout Steve Rowley to run the rule on Ipswich Town defender Tyrone Mings. The 21 year old has been interesting Arsenal for a number of months, after his stellar role in Ipswich Town’s rise from relegation folders to promotion hopefuls in the English Championship.

The 6ft 2in defender is predominantly a left back, but because of his physique and height, it is thought that he can play as a centre half. His current rise has attracted other Premier League clubs including Manchester United, Newcastle United and Everton. Arsenal’s interest in the 21 year is such that its scout Paul Holland was at Vicarage Road to see Mings play against Watford last weekend.

The 21 year old came through the Southampton Academy just as Oxlade-Chamberlain, Calum Chambers and Theo Walcott, but he was released in 2009 after he was deemed not good enough, after a spell in the far lower divisions he was signed by Mick McCarthy in 2012 for a paltry £10,000. He is currently valued at £10 million. And which so many clubs interested in his services, that price could well go up a notch.

Arsene Wenger hinted at the AGM in October that he would look to sign at least one player in January, with many expecting that player to be a defender, it remains to be seen whether the club would settle for Mings, who is not a natural central defender, but going by the various scouting missions undertaken by the club to watch him at close quarters something could be brewing ahead of the January transfer window.

Arsene Wenger is currently paying the price for his failure and negligence to bring a replacement for Thomas Vermaelen in the summer. The club was in need of another central defender before the Belgian defender left, yet none was signed whether as a replacement or as an improvement on what is on ground.

As a result Nacho Monreal has had to play in an unfamiliar centre back role in the last one month. What started as just an experiment during pre season as become a constant in the club season to date. The Spaniard has been shown up on several occasions this season in his unfamiliar role in central defence. He has looked lost in the matches he has featured there, the needless penalty he gave away against Anderlecht at the Emirates, and his lack of positioning there. His supposed good games in that position have come from how blunt the opposition’s forward was rather than anything else. As a result, his incompetence as a makeshift centre half was hidden against Sunderland and Burnley, while it was clearly exposed against Swansea City, and the matches against Anderlecht when he was completely all over the place.

The uncertainty over the return date of Laurent Koscielny means, Arsene Wenger would have to continue to field a makeshift backline until he returns. While the January transfer window has taken on added significance with the club’s endemic lack of cover in central defence.