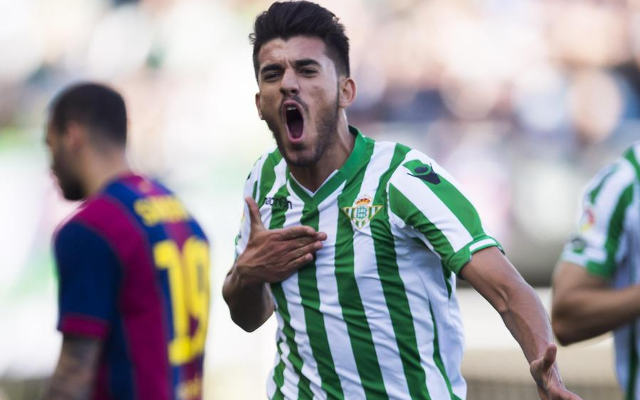 According to reports in Spain Arsenal along with Liverpool are tracking Real Betis star Dani Ceballos.

Ceballos was the standout player for tournament winners Spain in last summer’s Under-19 European Championships, and has been tracked ever since by the two Premiership clubs with both considering a move for the 19-year-old in January, knowing that he has just one year remaining on his current contract at the Estadio Benito Villamarín.

What this means is that one of the Premiership pair could pick him up from the Seville based club for free next summer, or £7.5 million in January should they decide to trigger his buyout clause according to the Mirror.