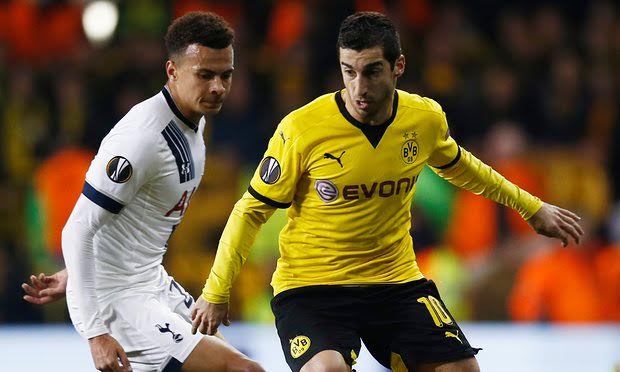 Back in 2013 Mkhitaryan was close to signing for Liverpool, before eventually moving from Shakhtar Donetsk to the Signal Iduna Park for £23.5 million.

Since arriving in the Bundesliga, Mkhitaryan has shown his versatility with his ability to play anywhere behind a main striker that has seen him score 20 goals in all competitions so far this season.

Meanwhile Arsenal is set to lose midfielders Mikel Arteta, Mathieu Flamini and Tomas Rosicky this summer, with all three players out of contract and not looking as though they will be offered new deals.

There is also a question mark as to Alex Oxlade-Chamberlain’s future at the club, which means that the Armenian will not be the only midfield player Arsene Wenger will be looking to sign, as the club continues to be linked with 23-year-old Borussia Mönchengladbach holding midfielder Granit Xhaka.

While Xhaka looks as like it could be a done deal time, will tell if the Gunners can get Henrikh Mkhitaryan to leave Dortmund for North London.