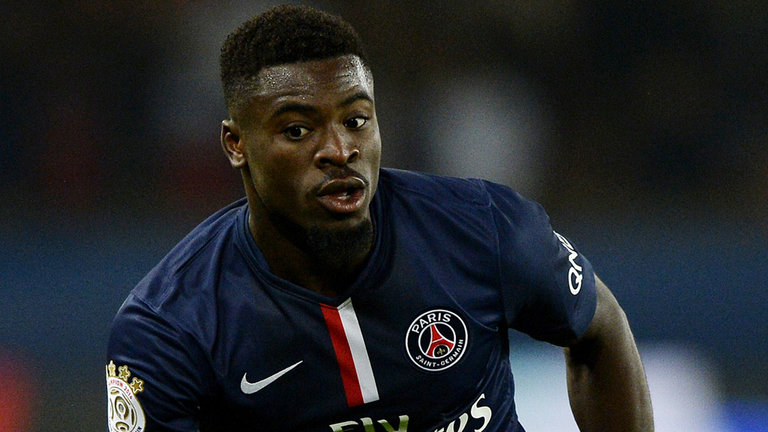 Arsenal tried to sign the Ivorian international in the past, before Wenger gave up hope of bringing him from Toulouse to the Emirates when French champions Paris Saint-Germain stepped in to make a loan move permanent, by offering the 23-year-old a very lucrative contract to remain at the Parc des Princes.

Aurier has had his disciplinary problems though, with its ugly head raising itself again just last week after he was suspended indefinitely on 14 February 2016, for calling teammate Ángel Di María a “clown” and using a homophobic slur against manager Laurent Blanc during a Q&A session on Periscope in which he also criticised supposed favouritism towards Zlatan Ibrahimovic.

Now with his future in doubt with the French club, L’Equipe now claim that Arsenal have revived their interest in the right-back, hoping that PSG will cut their losses and let him leave for a bargain price next summer.

Meanwhile since Mathieu Debuchy was allowed to leave on loan, for what will surely be a permanent deal in the summer, Arsenal have no real cover for Hector Bellerin and see the Ivorian as a possible candidate.

As for us here at Soccer Transfers we would think long and hard before bringing a known trouble maker into the club, and no matter how cheaply they can sign him for, just ask Liverpool how things worked out for them after taking a chance on Mario Balotelli.