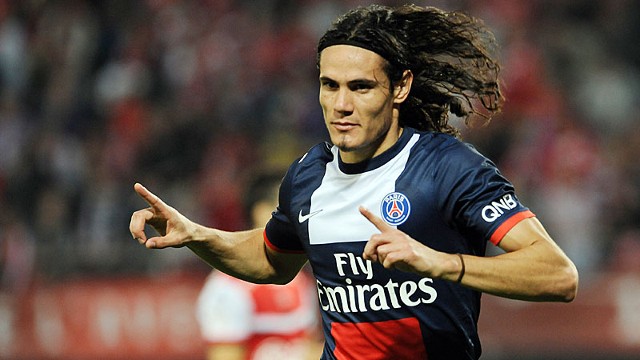 Reports coming out of France suggest that the Uruguayan striker is not happy to play second fiddle to Swedish international Zlatan Ibrahimovic at the Parc des Princes and is looking to leave in January.

Le10Sport is reporting that Arsenal were one of the first clubs to show an interest, despite Chelsea and Manchester City being the clubs most closely linked to the striker in the past.

While Cavani is eager to make a move, his wage demands may prove to be a problem for Arsenal with the PSG striker currently earning £135,000 a-week that could test the Gunners current wage structure policy.

Having signed Mesut Ozil in the summer Arsenal has shown that they are prepared to do what it takes to sign the world’s best players, but Cavani’s wages and transfer fee could just prove a stretch further than Arsenal would be willing to go.

If Cavani is seriously interested in a move both of the Spanish giants Real Madrid and Barcelona would be interested as would Chelsea and Manchester City.

As for Arsenal I think a Cavani deal is a none starter, and while I am sure Wenger will sign a striker in January it will not be Cavani.