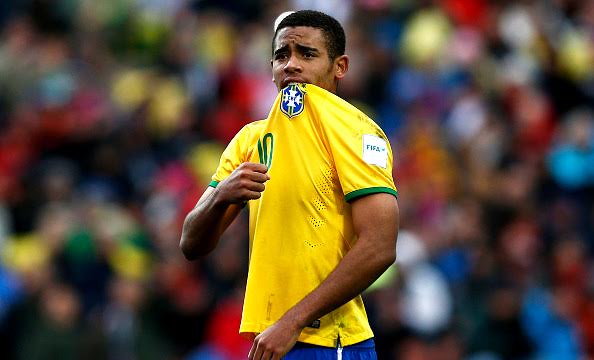 According to British daily tabloid newspaper The Sun, Arsenal is preparing to make a move for Brazilian wunderkind Gabriel Jesus.

Currently the 18-year-old plays his football in Brazil for Palmeiras as a forward and is being called the next big South American star given his similarities to Barcelona’s Neymar.

Arsenal had been strongly linked with a move for Jesus back in January with the Sun now saying that Gunners boss Arsene Wenger has made him a summer priority for the North London club.

Possessing loads of skill and flair Jesus’s exploits have not gone unnoticed by other top European clubs either with reports coming out of Spain, Italy and Portugal all linking the youngster with a move to one of their top clubs.

If as the Sun suggests he is that important a signing for Arsene Wenger it would be a major coup for the Frenchman if he can get such a promising star to join Arsenal over the likes of Real Madrid and Barcelona.

Have a look at the video below and see if he could be a Gunners star of the future.