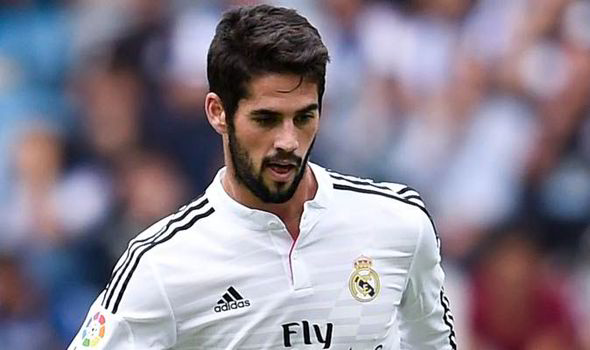 If the news coming out of Spain today is true, Arsenal could be poised to make the signing-of-the-summer if Real Madrid allows attacking midfielder Isco to leave.

The 23-year-old former Malaga shadow striker has developed into an all-out midfielder while at the Santiago Bernabeu, but has been benched by trainer Carlo Ancelotti who considers his work rate to be lacking when compared to other players at the club. Meanwhile Isco thinks he is being unfairly singled out, with Marca saying he will be sold this summer should the Italian remain in charge.

The only thing that could see the 55-year-old European cup winner leave is if club president Florentino Perez decided to put Zinedine Zidane in charge after having groomed the Frenchman for this very role.

Most likely Ancelotti will be given one more year in charge, and if that is the case Isco could be out the door with Marca calling his relationship with Isco broken beyond repair.

Isco is an extremely talented player who would be an automatic selection each week for Gunners boss Arsene Wenger as he already plays the Arsenal way.

Meanwhile Marca have put a £32.9 million valuation on the midfielder which given his age and talent seems right.