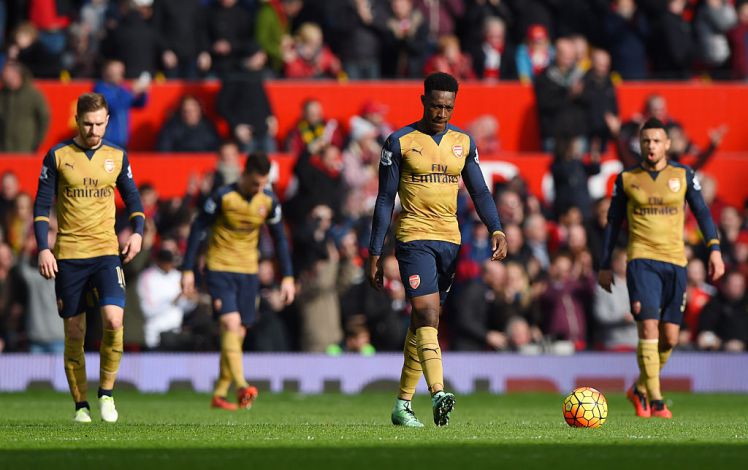 Following last weekend’s loss to Manchester United, Arsenal’s player have been the subject of plenty of stick from the fans and the press for their lackadaisical way they played against a team everyone expected them to beat.

Now Stoke City midfielder Charlie Adam has jumped on the bandwagon claiming that the Gunners lack a leader and that none of the players communicate with each other during a match.

Adam believes that the lack of leadership on the pitch comes from a fear of being able to criticise their teammates.

‘Nobody,’ said Adam, when asked who he heard speaking in matches against Arsenal.

‘Because they have so much of the ball but there’s not really anybody.

‘There’s players on other teams where if you do something wrong you’ll see them get dug out.

‘I see Alexis Sanchez sometimes but he does it in the wrong way – he throws his hands up in the air and stuff like that.

‘Sometimes you need that rollicking to spur you on and playing against Arsenal I don’t see it. I don’t see that type of player where they want to have a go at somebody just to get them going.’

Arsenal will hope to get back to winning ways when they take on Swansea City at the Emirates on Wednesday night before their biggest league match of the season at White Hart Lane next weekend in a game which could very well decide which team will be giving Leicester City a run for the Premier League title.