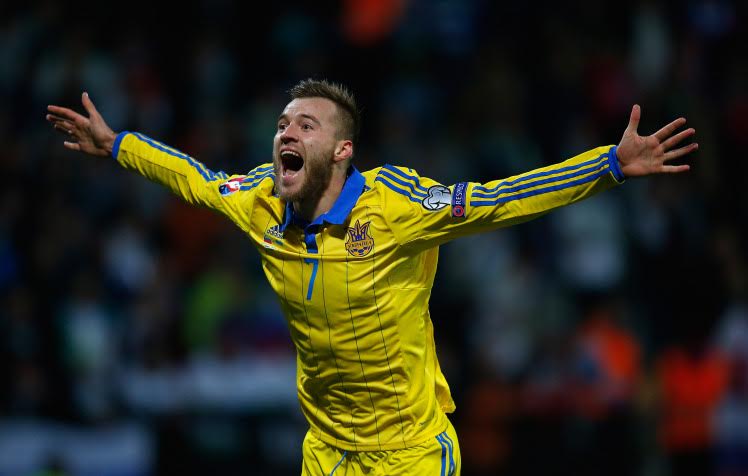 According to the Daily Mirror Arsenal are closely watching developments regarding Dynamo Kiev winger Andriy Yarmolenko after Ukrainian national team trainer Mykhaylo Fomenko predicted that the £25 million rated winger would shine in the English Premier League.

The 26-year-old Ukrainian international is constantly being linked with a move to the Premier League, with both Arsenal and Everton being named as possible destinations.

While speaking about a possible summer transfer for one of his best players Ukraine boss Mykhaylo Fomenko said: ‘If he is wanted by the top English clubs then, yes, he can show his best in the Premier League and he must do this.’

Arsenal manager Arsene Wenger will be under pressure to sign some quality players this summer after seeing the Gunners fall of the title chase, while Everton will be flush with cash should they sell Romelu Lukaku to Chelsea as expected.