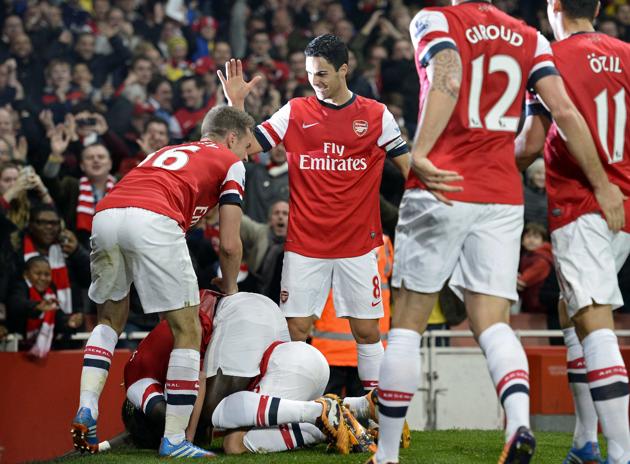 Arsenal manager Arsene Wenger was quick to praise his team after their 2-0 win over the boys from Merseyside, but tried to play down talk of winning the Premiership so early in the season.

The Gunners now sit top of the league five points clear of Chelsea and Liverpool thanks to goals from Santi Cazorla and Aaron Ramsey in their outstanding performance yesterday.

“It was a convincing win against a good team, and that’s what we wanted,” he told Sky Sports.

“Of course everybody was waiting to see how we responded today, and we did that in a very positive manner.

“We got a good goal, and after that I felt we had many opportunities to make the difference and then Ramsey scored a stunning goal, but we had chances before and after.

“But overall what you want is good focus, great dynamic in the team and overall it was a very convincing performance.”

“It’s positive and nice but of course it’s very early in the season,” he said.

“It’s good for the confidence of the team and for the ambition as well.

“Hopefully it gets everybody around the team to support us and continue to do that.”