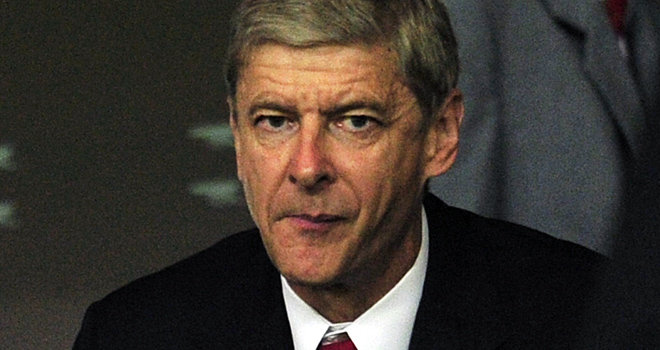 Even though the 63-year-old Gunners manager has admitted that the transfer market has been a problem for him, he will never do as rivals Spurs have done bringing in a professional head-hunter in the style of Italian Franco Baldini.

Unlike Wenger Andres-Villas Boas asked chairman Daniel Levy to bring in someone who could identify players for the positions he needed allowing him to concentrate on running the football club.

Spurs have been nothing but stellar in the transfer market with new director of football Franco Baldini signing some top name talent including Roma’s Erik Lamela who is expected to be a star for Argentina in next summer’s World Cup.

Wenger on the other hand despite having at least £70 million to spend has only managed to sign two players on free transfers with only today and tomorrow remaining before the window closes.

“I would not work with a ­director of football because they buy the players and when it does not work you are guilty for not using them well,” said Wenger.

“I am not against having ­people to help me buy, sell and negotiate because I cannot do it all. But I think the final ­decision always has to belong to the manager to decide who comes in and who goes out because he is ­responsible for the style of play and ­results.”

When speaking to reporters Wenger added: “It is like you write an article and someone says I will change that and that, and that.

“You should not accept that. Stand up for what you write!

“I stand up for the results of a team I have chosen. The ­manager should be responsible for the players who come in.”

Yet when Wenger was asked if he thought his workload was too much he conceded that it can be difficult to balance it all.

“I cannot deny the transfer window is a problem for me because it conflicts with a ­period where the competition has started already and I need big focus on the competition.

“It’s not as easy anymore because the market has become more open and international. There are more contenders, but not more players. I always want to be in a position where I do not have to buy.

“That is why I have people around me to help, but the final decision has to be down to the manager.”

Arsenal face a tough north London derby today against Spurs in a match that could alleviate or just add to the pressure he is under to sign players.

As Wenger attempts to convince players to join him at Arsenal, his own future is not yet certain.

Wenger’s contract expires at the end of this season and
initial talks have been placed on the back-burner.

“I don’t look too far ahead, I never have,” said Wenger. “This job teaches you a lot about yourself and I know one thing, everywhere I have worked has been to the last day with full commitment.

“I don’t need to show my loyalty.”