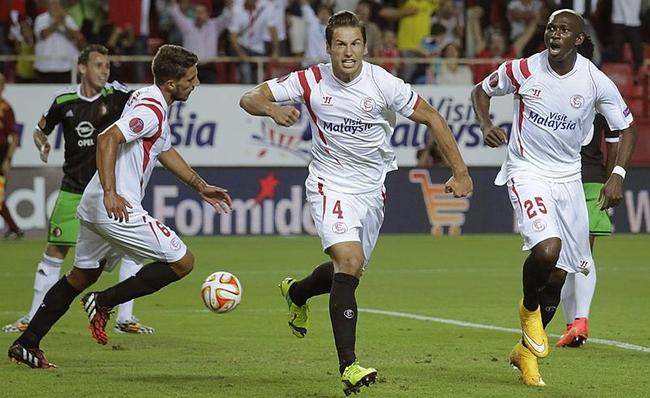 In what may come as a relief to many Arsenal fans who were worried about what would happen should Francis Coquelin get injured, Arsenal scout were at hand yesterday to watch Polish international defensive midfielder Grzegorz Krychowiak play for Sevilla in the Super Cup against Champions League winners Barcelona.

Arsenal has maintained a constant interest in the Sevilla player tracking the 25-year-old for the past 18-months while knowing that he has a buyout clause of 30€ million, which leaves Sevilla powerless should Arsenal make a bid of £22 million.

Arsenal were thinking about signing the former Bordeaux and Reims midfielder back in January, and given the fact Arsenal is fancied as having a real shot at winning the Premiership this season, signing Krychowiak along with a proven striker before the transfer window closes at the end of the month just makes sense.