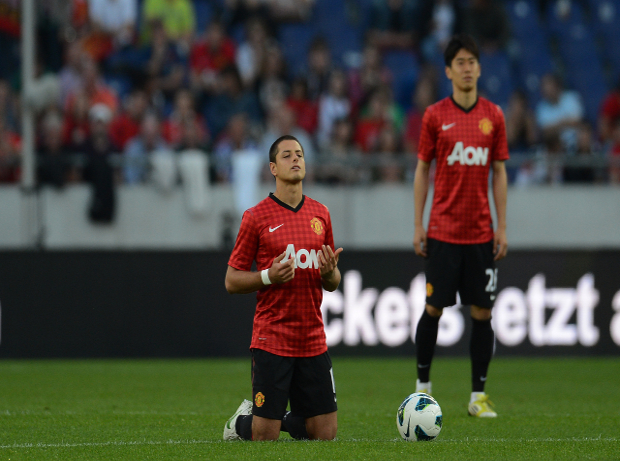 Arsene Wenger is keen to sign a new striker in January in order to lessen the work load on Oliver Giroud, and has decided that United’s Mexican international Javier Hernandez could be the perfect man for the job.

Liverpool’s Luis Suarez still remains the Gunners boss’s first choice, but is aware that Liverpool will not be keen on selling the Uruguayan striker, and especially not to a team that they regard as a rival.

United’s Hernandez is seen as a realistic prospect as the 25-year-old finds it difficult to get a game in a side dominated by Wayne Rooney, Robin van Persie and England international Danny Welbeck.

The Arsenal boss is also considering a loan deal for Juventus striker Fernando Llorente who also has a hard time getting first team football at the Serie A club where Carlos Tevez is the main man.

With Oliver Giroud being Arsenals only centre forward Wenger knows he could tire or become injured which is why his January priority is getting a new striker.