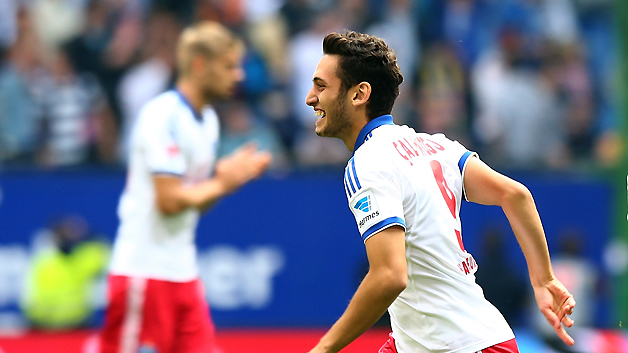 Both Arsenal and Liverpool are said to be interested in signing Hakan Calhanoglu from Bundesliga side Hamburg.

The young Turkish star has caught the attention of both Arsene Wenger and Brendan Rodgers with both managers sending scouts to see if the 19-year-old is the real deal.

Calhanoglu scored last weekend for Hamburg and is now featuring in the starting XI on a regular basis that has also earned him his first cap.

Wenger has long been a fan of the German youth system and has made enquiries as to Calhanoglu’s availability in January.

Meanwhile Rodgers has got in on the hunt with Liverpool desperate to add to their squad during the January transfer window.

Hamburg may also be tempted to sell as they are currently mid-table in the German League and look unlikely to be able to reap any of the windfall that comes with Champions League football.