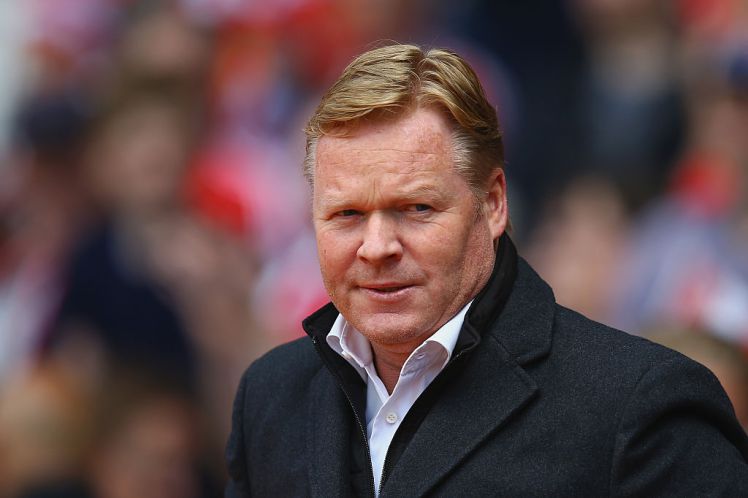 Worried that Arsenal manager Arsene Wenger will quit the club should the Gunners win the Premier League title, hierarchy at the club are already preparing to approach Southampton manager Ronald Koeman about the job.

The 66-year-old Frenchman has not won the title since 2004, and despite his current contract running until the end of the 2016/2017 season, a title win would allow the Frenchman to bow out on a high similar to what Sir Alex Ferguson did at Manchester United.

And, now according to British daily tabloid the Daily Star, Southampton manager Ronald Koeman is being lined up as Wenger’s successor with Arsenal officials seeing plenty of similarities between the two managers.

Before getting into management Koeman finished his career playing career with Feyenoord after having made a name for himself at the Nou Camp while playing for Barcelona.

Currently he is under pressure to take the Dutch national team job, but is resisting all offers hoping to land a job with one of the Premier Leagues big boys.

This news comes on the back of a tunnel incident last week between Wenger and Koeman following the 0-0 draw at the Emirates, but secretly it is thought Wenger would be pleased to hand over the reins to the Dutchman.