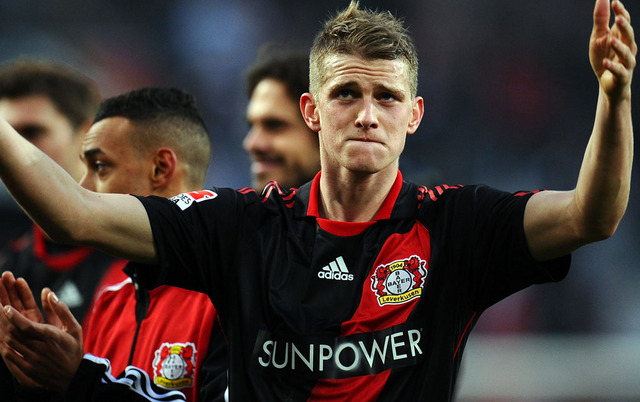 Bayer Leverkusen midfielder Lars Bender now looks as if he is the man that Arsene Wenger has signalled out to be Mikel Arteta’s replacement at the Emirates.

Wenger is expected to have at least £70 million to spend this summer on new players, and is already known to be a big fan of the 24-year-old German.

The word is that Arsenal failed last summer with a £15 million bid, but reports in Germany now say that a new bid is in the offing and that Bender could be on his way to London for £17 million according to the website Give Me Sport.

Arteta has suffered a difficult season and there is now talk that it is perhaps time to bring in a replacement for the 32-year-old Spaniard, and despite interest in Bender from Both Real Madrid and Manchester United Arsenal appears to be leading the midfielder.