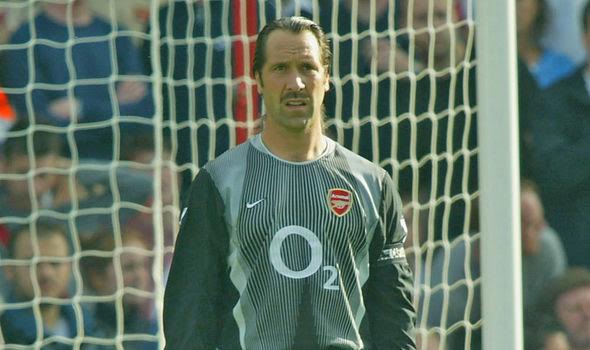 Former Arsenal goalkeeper David Seaman knows a thing or two about manager Arsene Wenger following his 13 seasons at the club, and while just like every other fan was disappointed when the Frenchman did not sign a top striker last summer he still trusts Wenger to get it right.

“I wouldn’t say winning the Capital One Cup this season was enough,” said the former Arsenal goalkeeper. “I would expect Arsenal to be pushing for the title now.

“That is the progression that they have made by signing a great goalkeeper and with the players in the squad getting better. It just needs a little addition.”

Arsenal face a tough game tomorrow against unbeaten Leicester City at the King Power Stadium if they are to show they have title ambitions, and need to score goals in order to show they mean business after having only found the back of the net five times so far this season with two of the goals courtesy of mistakes by West Ham and Crystal Palace.

“Signing Petr Cech was fantastic – a big boost,” Seaman said of his fellow goalkeepers’ union member. “Arsene needs a spark for everybody and buying a player provides that.

“I am a massive Arsene fan. I will defend him as much as I need to because I know it is just frustrating.

“But where will Arsenal be in January? They will have to be in very close contention. Manchester City started strongly and Chelsea are on a run now. When they were in the bad spell they had, that was the opportunity.”

Wenger’s defence for inactivity was the lack of availability of players who can improve the team.

“Anthony Martial looks like good business,” said Seaman. “So does £22m on Son. But it is still early. He didn’t go for either of those but that is Arsene’s decision. He knows the players that he likes. Obviously he didn’t like the players who were available.

“That is where the market is at, at the moment. It’s just Wenger wants to make sure that he spends it on the right one.

“It is the hardest decision of the lot really, because there is no way of knowing unless you buy a trusted striker and that won’t be £20m, it will be £50m. But I still trust in Arsene.”