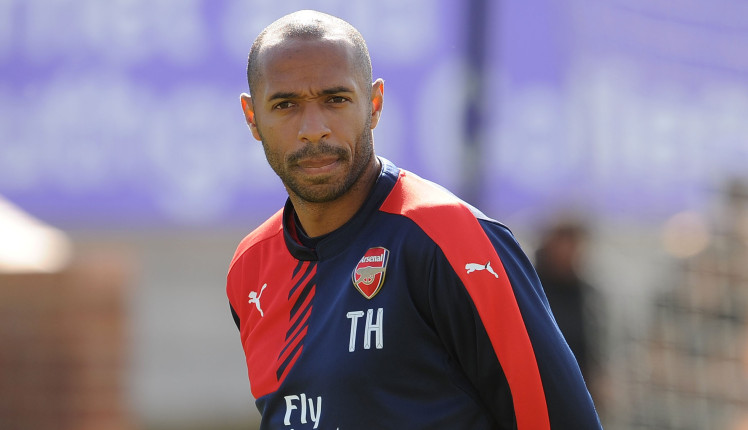 While EPL giants Manchester United, Manchester City, Chelsea and Liverpool all endure a difficult season, the 38-year-old Frenchman believes that his former club should be the favourites to win the league.

Despite this the Gunners have gone off the boil of late and now find themselves trailing Leicester City, and North London rivals Tottenham.

‘If I had said to you that Chelsea would struggle, Manchester City would struggle, you would have thought that it would be a season that Arsenal would walk away with it easily.

‘And it’s not happening,’ Henry, who coaches Arsenal’s Under-18s, said on Sky Sports.

‘I would question also the mentality of it. The game against Chelsea, they didn’t score. Those are the sort of games you need to win.

‘They need three points. It is business. You don’t win the league for a very long time. Can you win it? It’s time to wake up and do it!