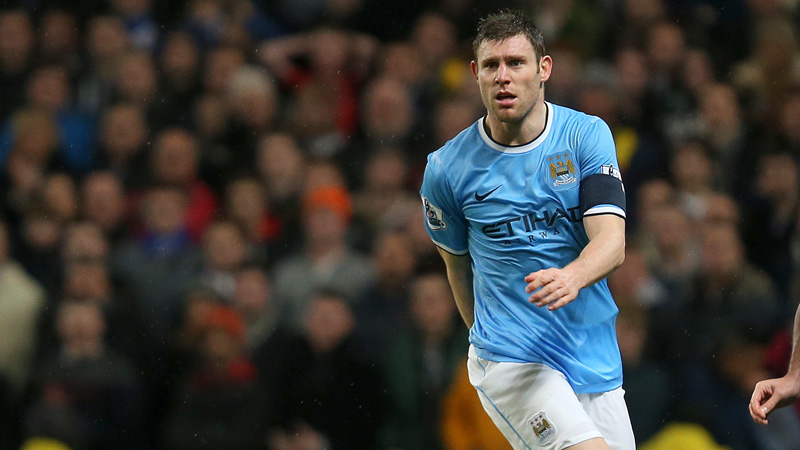 After reportedly telling the newly crowned Premiership champions that he wanted a transfer England international midfielder James Milner is being eagerly perused by Arsenal, with Liverpool also said to be interested.

Milner’s wish to leave City comes at a bad time as the club struggle to meet Premiership and Uefa rules regarding how many home-grown players they must include in their squad, and should Milner leave goalkeeper Joe Hart would be the only Englishman at the club likely to play on a regular basis next season.

Milner rightly believes that a move would give him the opportunity to play in more games while also getting the role of a central midfielder something he has been denied at City with both Roberto Mancini and now Manuel Pellegrini playing him out wide.

According to the Guardian Arsene Wenger is prepared to pay £10 million for Milner and will also promise him a place in central midfield where Wenger thinks he will be able to challenge Mikel Arteta and Mathieu Flamini for the job.

Liverpool manager Brendan Rodgers is also an admirer of the 28-year-old but, as yet not made any firm offer as they eye up other midfield alternatives.

City meanwhile will try to solve their problem by offering the England player a financial package that would be difficult to turn down even if it did mean less playing time.