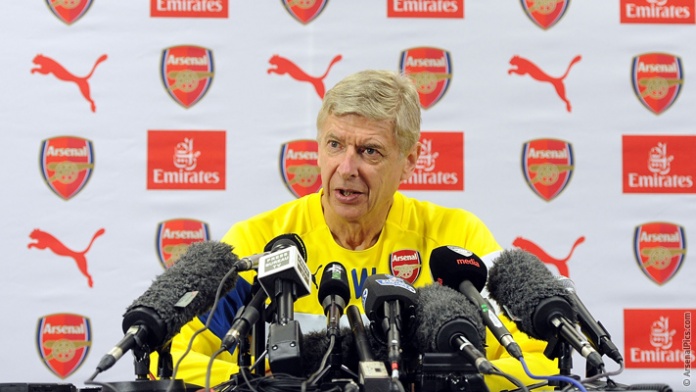 Arsenal manager Arsene Wenger has admitted that he is worried about this summer’s transfer window and thinks that Manchester United will go after the same players he wants to bring to the Emirates.

United manager Louis van Gaal is expected to spend big this summer as the Red devils prepare to battle Chelsea for next seasons Premiership title and to welcome Old Trafford’s return to Champions League football.

‘I expect Manchester United to be active in the transfer market,’ the Gunners boss said.

‘Every player I am offered, Man Utd are already on his case!’

As Arsenal prepares for Sunday’s match with United Wenger added: He [Van Gaal] has shown that he has the personality to be at a club of that size.

‘We expect them to buy some strong players.’