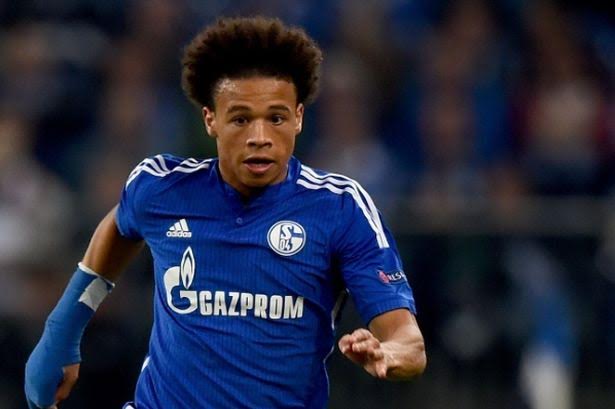 Arsenal is prepared to battle mighty Barcelona for Schalke youngster Leroy Sane according to the Daily Mirror who quotes a story in the Sun.

The 20-year-old attacking midfielder who looks a bit like Chelsea’s Willian has been in tantalising form for Schalke this season leading to interest from several of Europe’s top clubs, including Arsenal and Barcelona.

With the fact that Tomas Rosicky has probably played his last game for Arsenal and the future of German international playmaker Mesut Ozil still uncertain, Gunners boss Arsene Wenger is looking at Sane as a way to strengthen his midfield.

While the acquisition of Sane would be big news for Arsenal, the North London club has suffered a setback in their desire to bring Bayer Leverkusen striker Javier Hernandez to the Emirates after Leverkusen’s chief executive, Michael Schade, has said only an “exorbitant” bid will tempt them into selling.

“As of today, we don’t want to sell any player, we want to keep the team together and improve,” Schade said.

“But we are a commercial company and there are thresholds. If such exorbitant bids come in, we will examine them and see what they bring us.”

In other Arsenal news John cross of the Mirror writes that Arsene Wenger is considering giving the clubs captaincy to summer signing Petr Cech next season following the retirement of Mikel Arteta.

If this were to happen it would mean leapfrogging current club vice-captain Per Mertesacker, but in Wenger’s way of thinking he wants the armband to be worn by a player who plays each week.

Here at Soccer Transfers we feel that Cech would make an excellent captain for the team, and would be the man we would select if it was up to us.