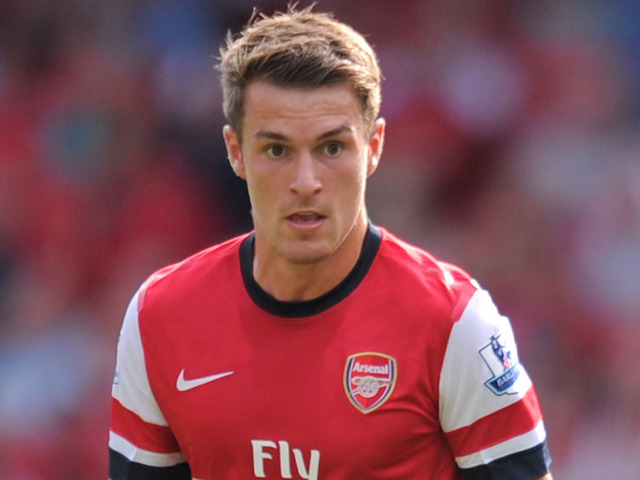 After being side-lined for nearly four months Arsenal’s Aaron Ramsey says that the club is determined to finish in the top four and secure Champions League football next season telling Sky Sports: “We are hungrier than ever to get this, the Champions League, to get into that again – this is where we want to be, said the Welsh international ahead of the ” Weekend Warm-up.

“That is where the players want to play and test themselves and that is no different this season, to finish the job off and get back in for next season.”

Despite the fact he has missed much of the season his early form was brilliant keeping him in the running for Young Player of the Year after nine goals and eight assists from only 18 games.

“I have been really satisfied, one of the main things from the season before was to be a lot more composed in front of goal and I think I have managed to do that and put a lot more chances into the back of the net,” he continued.

“It is nice to hear other people have noticed, I voted for [Daniel] Sturridge for young player or [Eden] Hazard? One of those two. The main award I voted for Suarez, he has been unbelievable this season.”

Ramsey thinks that the spirit embedded in the team will see them achieve their objectives.

“There is a great spirit here, the Germans have come in and livened everything up,” he added