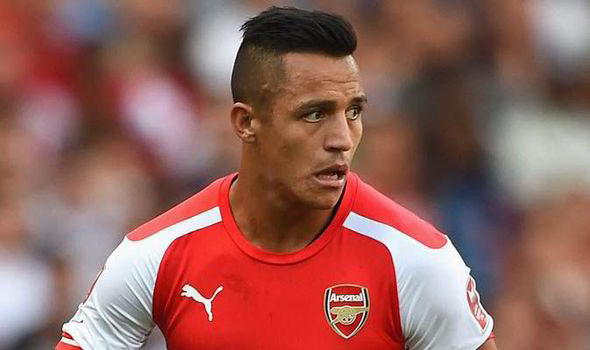 Arsenal may be playing Watford this afternoon in the FA Cup, but manager Arsene Wenger’s mind is set to next Wednesday nights Champions League second-leg match with Barcelona.

As we all know the Gunners lost the first leg at the Emirates 0-2, but for 71 minutes were neck and neck with the Catalan giants, something Wenger will be reminding his team of prior to kick-off.

Barcelona are not taking the game lightly either despite already having two away goals in their pocket with Barca midfielder Andres Iniesta saying the Gunners biggest threat comes from his former teammate Alexis Sanchez.

In a way the match will be like a homecoming for the Chilean international who spent three years at the Nou Camp before joining Arsenal in 2014 for £35 million.

While speaking about the upcoming game Iniesta said: “Arsenal have a big squad but, because of his history with Barcelona, Alexis is the key man we have to look out for.

“He’s a big footballer and showed his level when he played for Barca. But it’s not easy at this club to be first-choice striker. He has a lot of quality and can create problems.

“I’m convinced our fans will give him a great reception. But from minute one on the pitch, it will be different. That’s logical.”