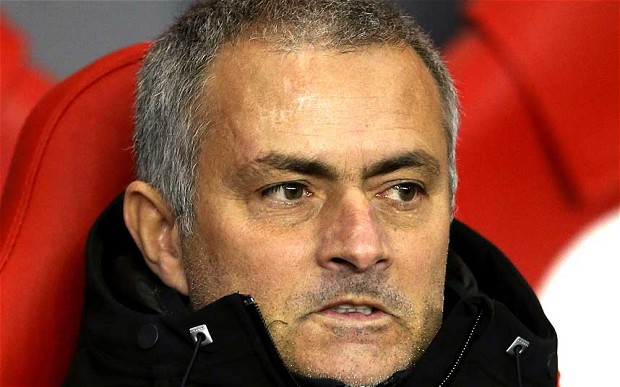 Chelsea manager labelled Arsenal as being the boring team for failing to score at home in the nil, nil match with Chelsea on Monday night.

Chelsea were booed off the pitch at the Emirates to the chants of “boring, boring Chelsea, yet Mourinho defended his teams tactics claiming the home fans should have turned on their own side for failing to score.

Mourinho said: “I think boring is a team that plays at home and cannot score a goal. That’s boring.

“If somebody was boring, they were boring because Petr Cech made zero saves.

“You go to your stadium and you fill your stadium, in weather like we had on Monday, to see victories. There is not a home fan in any club in the world who goes to the stadium and expects his team not to win.”

According to Mourinho his side got the result that they wanted through preparation while also taking a swipe at league leaders Liverpool who they play at Stamford Bridge on Sunday.

“We played Sunderland last Tuesday and we had one week to work which we didn’t have since the summer,” Mourinho added.

“I had three days to work tactically. I worked on everything because it was a special week for us. It was the kind of week Liverpool has every week.”

“For me, it is fantastic,” he said. “The pressure is there. I have told the players they have, some of them, to learn how to cope with this situation. Because they have to learn.

“When you are 20 points behind the leader, you can play at home one day and win 6-0. But what does that mean? It means nothing.

“What means something is when you are fighting for the title, play a fantastic match and score the winning goal.

“That is the way, especially young players, grow up quickly. They have to grow and I think I’m the right guy to teach them how to cope with this situation because it’s a situation I enjoy.”