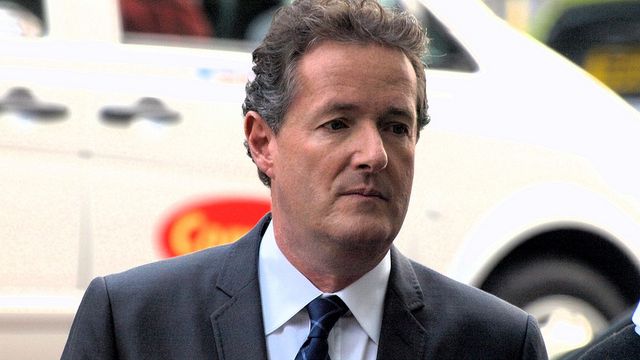 Love him or hate him, Arsenal celebrity fan and also club shareholder Piers Morgan is reporting that the Gunners are in advanced talks for Real Madrid striker Karim Benzema.

The 27-year-old French international has been strongly linked with a move to the Emirates for the last couple of weeks as Wenger searches high and low for a top striker to help Arsenal win the Premiership.

Now amid growing speculation that a deal may in fact be possible, the former CNN show host tweeted that he had been told the two clubs were in advanced talks over the striker.

Morgan has never broken this kind of news before on twitter, and while not naming his source has Gooners all excited that there actually may be some substance to what he is saying.

I’m hearing Benzema to Arsenal deal is ON. Not done, but talks advanced. #afc